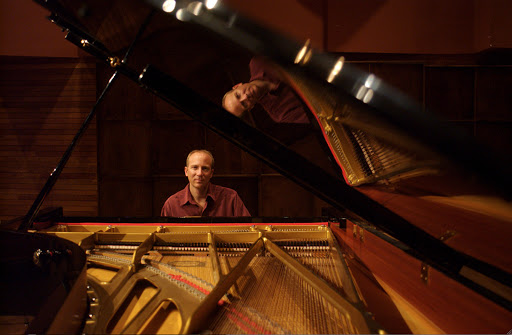 Bill Brennan’s expertise as a pianist, percussionist, composer and producer can be heard on some 100 albums to date. His album “Solo Piano 2” won the MusicNL Instrumental album of the year in 2008. His album of 2006 Solo Piano received nominations for MusicNL and ECMA “Instrumental Album of the Year”.

He has been musical director for Tada’s productions of Chicago, White Christmas, Rocky Horror Show, Jesus Christ Superstar, Evita, Rock of Ages and Disney in Concert.

Brennan has recorded with torch folksinger Andrea Koziol, ambient-pop-rocker Andy Stochansky, guitarist Kevin Breit, the Heillig Manouevre, and the Evergreen Club Contemporary Gamelan. He appears on CDs by Juno-nominated Teresa Doyle, and by fellow Newfoundlanders Sandy Morris and Patrick Boyle. He has backed up such greats as Cab Calloway, Placido Domingo and Dizzy Gillespie.

Over the past three decades, Brennan has been involved with some of the best-known organizations in Canadian culture. He has performed with the National Ballet and the Canadian Opera Company. He was musical director of CBC’s beloved Vinyl Café (hosted by Stuart MacLean), and a documentary composer for David Suzuki’s The Nature of Things.

More than 30 years of relentless experience have garnered Brennan a solid reputation as a player, composer and arranger of contemporary classical, jazz, folk and world music — always exploring, always open to new ideas, Brennan’s talents resist classification. Geoff Chapman of the Toronto Star says: “Brennan … is a central figure in this country’s music.”