Stratford Summer Music, an annual multi-week music festival that presents multiple events featuring 100+ artists, is set in indoor and outdoor venues throughout downtown Stratford, Ontario. With an artistic vision to produce, to the highest standards possible, an annual program of diverse and exciting musical performances by local, provincial, national and international artists and to provide the widest possible range of musical genres on our stages, Stratford Summer Music exposes audiences to a standard of musical excellence difficult to find outside large urban centres. 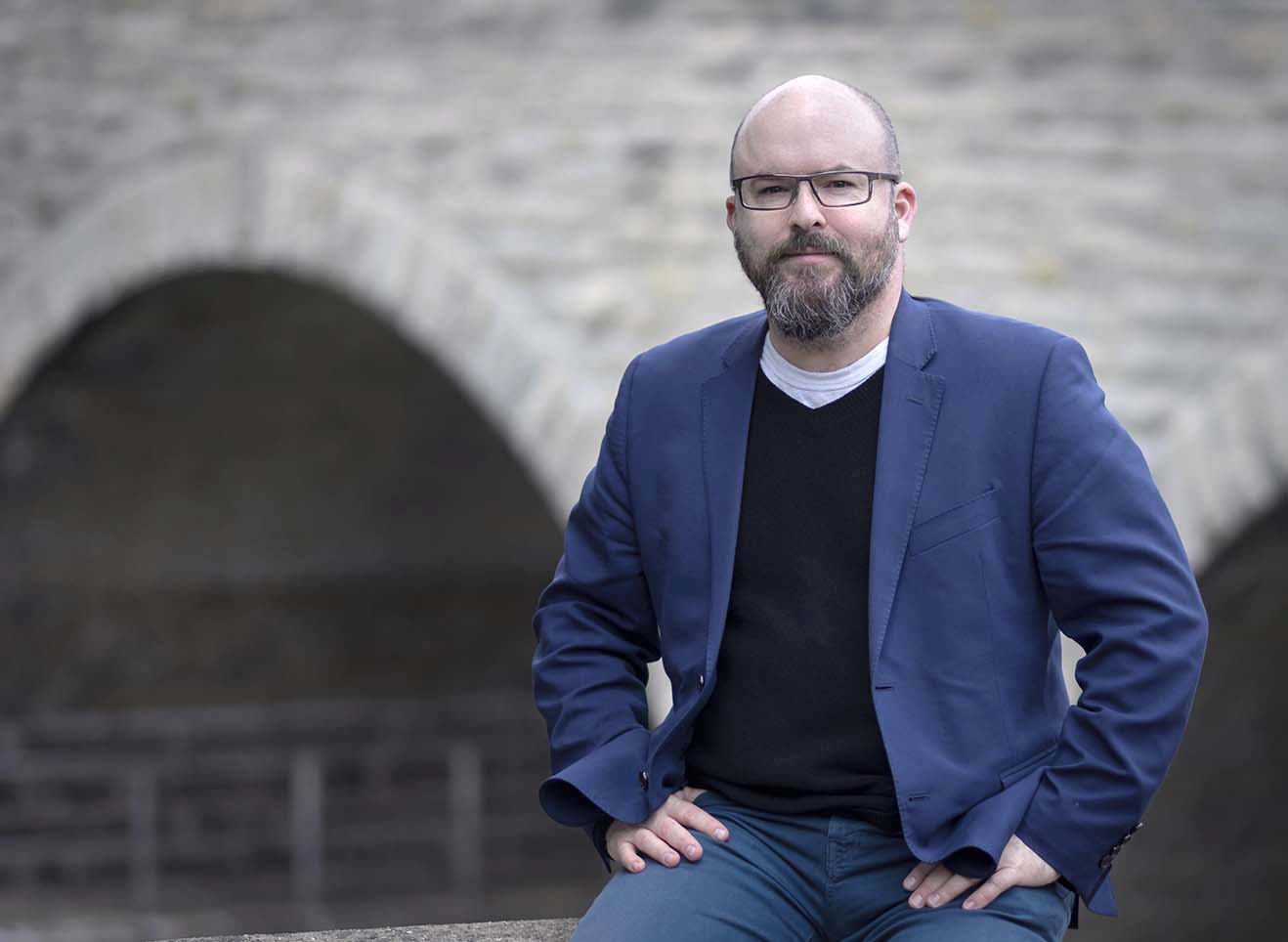 Violinist Mark Fewer leads a multi-disciplined life in music. Violin soloist, chamber musician, orchestral leader, artistic director, conductor, arranger, teacher, jazz violinist, recording artist and occasional radio host, he has performed worldwide to great critical acclaim. Described as “intrepid” (The Globe and Mail), “genre-bending” (National Post), “profound” (The WholeNote), and “freaky good”(The Gazette), he has performed around the world in halls such as Carnegie, Wigmore and Salle Pleyel, and is equally at home in recital venues such as Bartok House (Budapest) to Le Poisson Rouge (NYC) to The Forum (Taipei).

As a soloist, he has performed with the symphonies of Vancouver, Edmonton, Toronto, Quebec, San Francisco and Melbourne, as well as groups such as the Fodens-Richardson Brass Band (UK), the Zapp Quartet (Amsterdam), and the McGill Percussion Ensemble.

As a conductor he has directed I Musici de Montreal, l’Orchestre Symphonique de Laval, the Newfoundland Sinfonia, the McGill Baroque Orchestra and the choir Capella Antica.

For the past 34 years John Miller has devoted his considerable energies to matters cultural by developing a specialization in Canadian arts and artists and, in particular, a keen knowledge of music by and about Canadians.

After positions in education and politics, John’s arts career began in 1980 when he accepted a position with the Stratford Festival in the Marketing Department.

From Stratford Mr. Miller moved to Toronto to become National Director of The Canadian Music Centre where, for five years, he headed a network of offices and staff who administered the nation’s support for the music of our classical and avant-garde composers and where a permanent national home for their work – Chalmers House – was built.

In 1986 he opened his own arts management company to work with such distinguished clients as the Orford String Quartet and with private philanthropic, corporate and government bodies.

From 1989-2004 Mr. Miller was Executive Director of the foundation which promotes the artistry and the ideas of Canada’s greatest cultural figure, Glenn Gould.  In this role he oversaw a world-wide network of contacts in the recording, media and performance fields where Glenn Gould’s accomplishments are still treasured.  As Executive Director he led the organisation’s projects such as The Glenn Gould Prize and its international outreach programs such as the Friends of Glenn Gould society.

After being encouraged by a 1993 invitation from the Stratford’s mayor to bring back summertime music, John’s dream came to reality with the first season of the new Stratford Summer Music in 2001.

In its 2011 survey of North American summer music festivals, the respected British music journal, Gramophone, named Stratford Summer Music one of the top festivals on the continent and the only Canadian festival to make the distinguished designation of being in its top twelve summer music sites.

On Canada Day, 2014 the City of Stratford awarded John its ultimate honour – the naming and placing of his star at the heart of the city – where his name joins other prominent arts figures such as Glenn Gould, Loreena McKennitt and Christopher Plummer in this public recognition program.