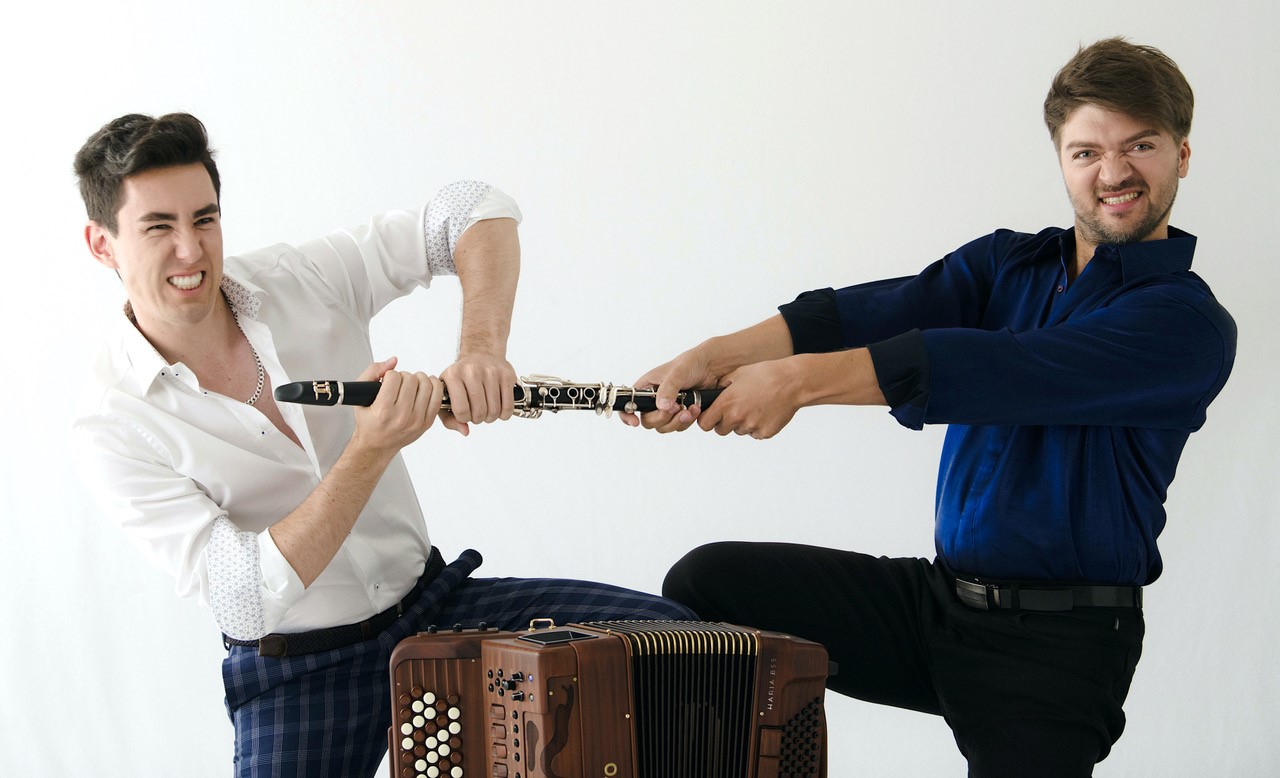 Michael Bridge (accordions & piano) and Kornel Wolak (clarinet & piano) are an internationally-acclaimed music & comedy duo, integrating traditional acoustic instruments with 21st century digital technology. They perform their own uniquely re-imagined repertoire of classical, world and jazz fusion. With deft virtuosity and endless wit, Bridge & Wolak have been called the “Victor Borges of the 21st Century.” Fun-loving gentlemen (with seven degrees in music), they are both globe-trotting musicians and educators. They were nominated for the BC Touring Artist of the Year award in 2019. “Watch and be amazed!” —CBC