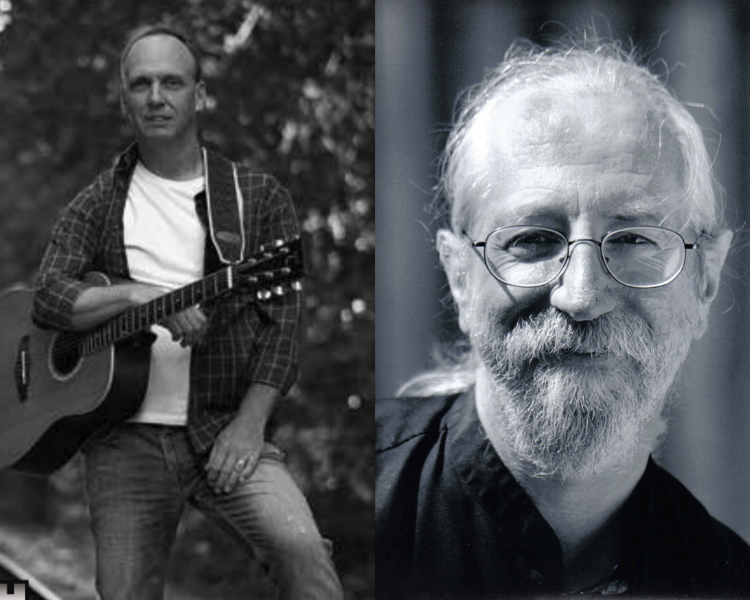 Mark McIntosh has been a music teacher for the Avon Maitland School Board for the past 29 years. He currently teaches at Avon Public School in Stratford. Avon Public School choirs have competed several times at provincial and national competitions, placing first or second in provincials for the past 5 years and being a finalist 3 times nationally. Mark was the first recipient of Stratford Summer Music’s “Excellence in Music Education Award”.
Mark was trained through the Royal Conservatory in classical piano and voice beginning at an early age and continuing through to adulthood.
He has performed as a soloist across the province and sang with the Stratford Concert Choir as both a soloist and chorister for many years.
For the past several years Mark has written his own contemporary music releasing his first album, “Coming Up For Air” in 2005 and more recently in 2018 releasing his second album “Inroads” produced locally by Earl Filsinger.
Mark resides in Stratford with his wife Zoe. They have 8 grown children and 5 grandchildren.

Earl Filsinger has played lead guitar in the show bands on the Queen Elizabeth II and the Queen Mary cruise ships touring Europe. He also toured Canada and the U.S. in various bands and has produced numerous CDs including Mark McIntosh’s Inroads.
His musical theatre work includes – Drayton Entertainment, – Rocky the Musical, Sleeping Beauty-Panto, Jack and the Beanstock-Panto, Hairspray, Kings and Queens of Country, Marathon of Hope the Musical, Man of La Mancha, Evita, Big River, Give My Regards to Broadway, Country Legends, Me and my Girl, The Grand Theatre [London]- Mama Mia,  Stratford Festival , Music Man, Camelot,- Petrolia – Hank Williams Show, misc theatre- High School Musical and Jesus Christ Superstar.
He and his wife, Karen, own and operate a store in Stratford called Music and Stuff.
Earl would like to thank Mark Fewer for the invitation to take part in this years Stratford Summer Music.