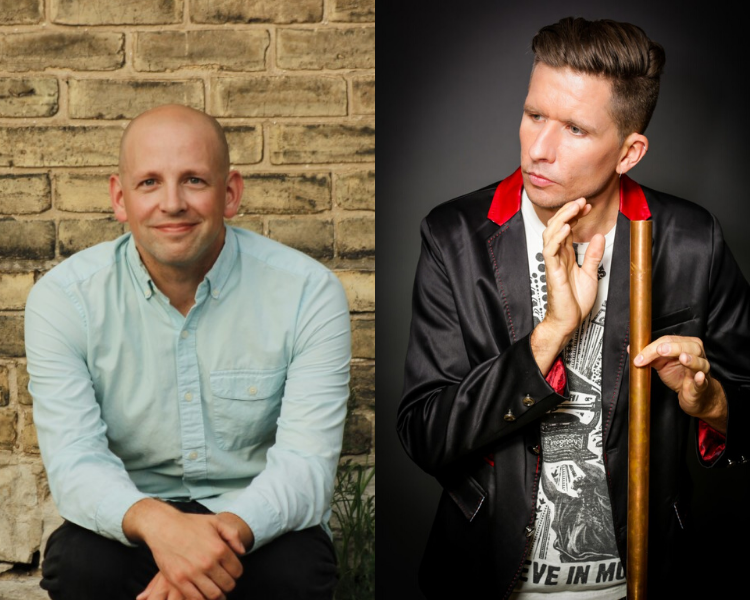 Adam Campbell is a versatile percussionist, singer-songwriter, multi-instrumentalist and composer. Originally from Summerside, Prince Edward Island, Adam completed his Bachelor in Music at Acadia University (2006), and obtained his Masters in Music Performance at the University of Toronto (2009). Adam tours and performs throughout North America as a percussionist with TorQ Percussion Quartet, Ladom Ensemble, Evergreen Club Contemporary Gamelan, The Ken Shorley Trio and Moj electronic duo. As a freelancer, Adam has performed with many of Canada’s leading orchestras, choirs, chamber groups and soloists, and regularly performs in the pit for musical theatre productions with companies such as the Stratford Festival and Mirvish Productions. He is also an avid composer, clinician, dance accompanist and session musician. In 2019, Adam released his debut solo singer-songwriter album, Guess I’m A People Too, featuring a mix of folk, rock and 90’s-tinged original music. Adam currently lives in Stratford, Ontario, with his wife Alice and their cat Ninja.

Richard Burrows has had a substantial career throughout North America, Europe, Mexico, Australia, and Asia. Having earned two Master’s degrees from the University of Toronto, Richard has honed his craft to create a unique approach in both education and performance. An avid educator, Richard has adjudicated and facilitated masterclasses with a specialization in improvisation. As an active freelance musician within his community and beyond, he has organized and performed in numerous events under the auspices of Open Ears Festival where he is the artistic director, with famed bass clarinetist Kathryn Ladano in “Stealth,” with new music projects for InterArtsMatrix, was a principle cast member of ScrapArtsMusic and is a founding member of TorQ Percussion Quartet. TorQ has commissioned over 100 pieces for percussion quartet, including concertos by Nicole Lizee and Dinuk Wijeratne. Richard endorses Yamaha Canada Music, Innovative Percussion, Dream cymbals and gongs, and Black Swamp Percussion.